Alex was a village dog in Costa Rica. 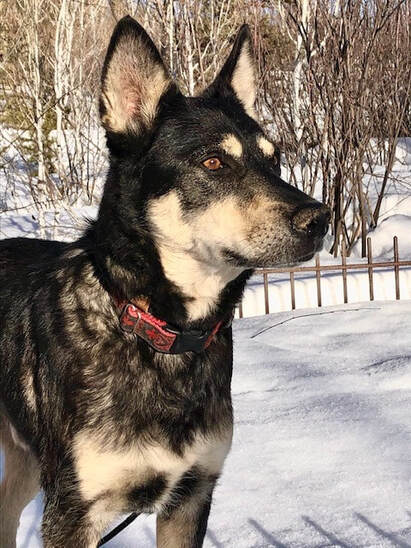 Alex was a village dog in Costa Rica. People in the village fed him, but not reliably. Alex went door to door, hoping. Some days he ate. Many days he did not. He grew thinner. Rescuers learned his story. Once they learned, they saved him. Our thanks to the villagers that did the best they could for Alex, and to the rescuers that made sure his days of hunger would end.

Thank you to Veterinaria Suárez for caring for Alex while he awaited this chance. Thank you flight angel Dylan for being that chance....just in the nick of time. Thank you Andrea for fetching Alex at the Denver airport and driving him to Aspen in a snowstorm so he could join Lucky Day Animal Rescue, whom we thank so dearly as well. And thank you to Joy Sichveland for going the extra mile in every way to make sure Alex made it.

Alex, we love you.