Mercy comes in many forms... 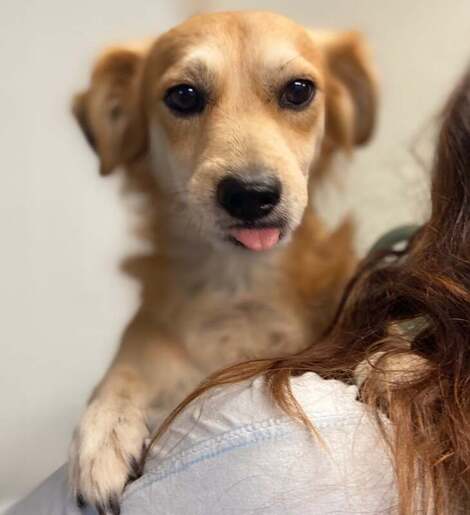 Mercy comes in many forms and when Cumin's family in Mexico dropped him at the vet to be neutered and then never ever returned for him.... Well, in a place where so many dogs that can't be cared for are turned out into the street to fend for themselves....and in a place where spay/neuter practices are just starting to take hold so that there will be fewer neglected, unwanted dogs in the future....well, it might look at first glance like Cumin was abandoned. But really, Cumin was saved.

The vet gave it some time. She asked who knew Cumin's family, and if they could be found. But the family left town - a tourist town where inevitably they had hardships of their own to deal with. Leaving Cumin at the vet - a vet well known to be especially compassionate and kind - well, it was an act of grace.

BAJA S.A.F.E. in San Jose del Cabo became Cumin's first rescue. They sponsored Cumin and reached out to us and then Sunny Sky's Animal Rescue in Seattle became his second. He's there now, and adoptable, just in case you know the person he's going to make as lucky as he's been; the one he beat the odds to meet and love forever.

Thank you for being one more great thing that happened to Cumin. Your support of our efforts mean to the world to Cumin, to us, to the vet and rescues down south and to the adopter whose heart Cumin is going to fill, big time.

Cumin, we love you.