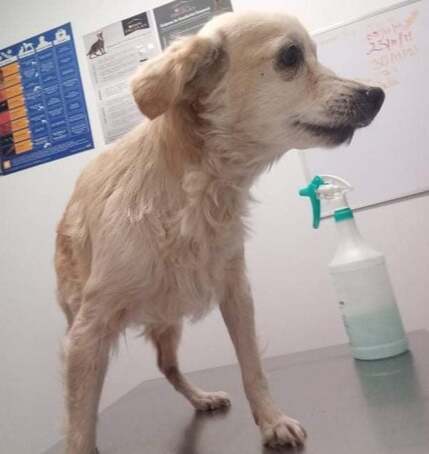 Our 1,000th mutt-mutt joined us today. This is Tatiana.

Tatiana is a senior girl who was living at a construction site in Tijuana, Mexico. We don't know how she arrived there. It's been raining hard in Tijuana and cold too. Tatiana was not spared the elements.

The workers on the site would toss Tatiana scraps and when their work there was halted until spring, they had the decency to let us know about a little dog living there. That little dog is Tatiana.

And this is Tatiana, at the vet, getting tests and care before heading to the dry, comfortable warmth of her Tijuana foster home.

We named our Tati for Mexican architect Tatiana Bilbao, given where we found her. Our little Tati's next building project? A home remodel. She's going to take an existing home and fill it with extra love.

Mutt Mutt Engine was founded in February 2019. Our original goal was to help twelve dogs a year. When compassion like yours is blended with the cooperation, dedication and generosity of kindred spirits, many lives are saved, and the world for dogs and those who love and help them is "remodeled" in the most beautiful way - the way of love. Thank you.

Tatiana, we love you. 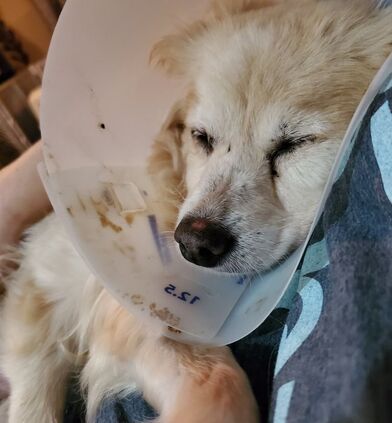 Tatiana was mutt-mutt #1000. She was an aloof and independent stray living at a Tijuana construction site. The site shut down and a kind worker who'd been feeding her there told us she was all alone now. We fetched her and named her for an architect, Tatiana Bilbao. She was quiet and dignified.

Worms and tick-borne diseases banished, Tatiana's most obvious ailments healed up. She would take her treatments stoically. She neither quarreled nor played with the other dogs. She enjoyed sunbathing more than affection. We described Tatiana as self-contained.

Tatiana landed at New Leash Rescue in Minnesota. And something happened there. We're not talking about the small mammary tumors that were discovered and since removed; we're talking about her healing, in the most profound and the most general sense. Tatiana follows her foster mom Katie, and seeks comfort in her arms. Katie delivers it.

Tatiana has discovered Love. It's sad to think an older gal like her is just experiencing it now for the first time....sad, and beautiful.

Thank you to Nirva, Katie, Shawn, James, the kind construction worker and the entire Mutt Mutt Engine community. It's never too late to make life much better.

Tatiana, we love you.